Chris Carter became Chief Executive of Totally Vets in 2012 when they had vet clinics in Awapuni and Feilding. Since that time, they have added practices in Taumaranui, Pahiatua, Danniverke and more recently, Levin and Otaki to their business. They have also acquired the Tararua Breeding Centre and run an offshore operation in Vietnam.

This has taken the size of their operation from around 70 people to 180 people.

“AllanMcNeill has been an integral part of Totally Vets’ growth” says Carter. Originally, they produced profit and loss statements for the company but have since moved into more of an advisory role whereby they provide independent assessment of financial performance as well as act as a sounding board for them in terms of the strategies they are putting into place.

“During the expansion of Totally Vets, AllanMcNeill Principal, Stephen Scott, has provided very sound advice on not only the mechanism of a merger but equally the financial performance post-merger.”

“One of the advantages of having AllanMcNeill associated with Totally Vets is that they challenge our thinking. Not only are they overseeing the numbers but they are thinking about how we are doing our business and will sit us back and make sure we have thought through the strategies we are putting into place.”

“As a result of those challenging conversations, we’ve made changes, for the better.” 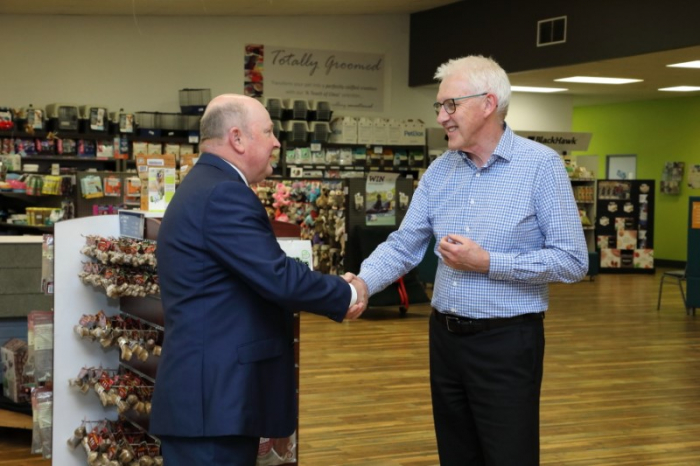